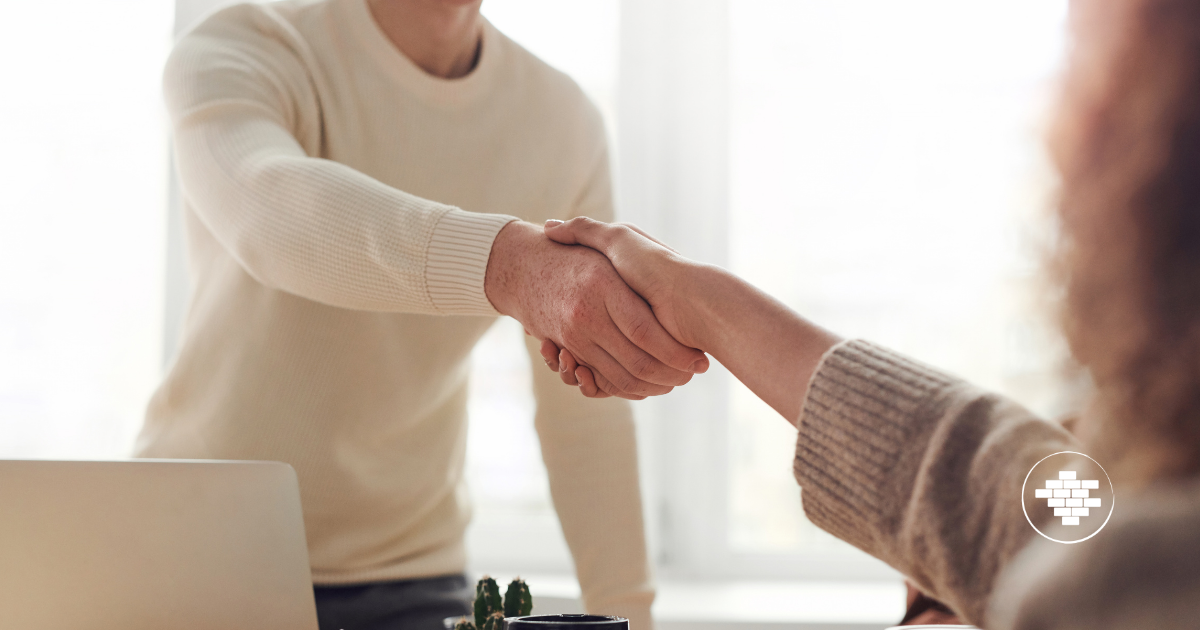 Hey everyone, Jake here. I’m going to start doing some “Founder Thoughts” articles where I take over the blog and write about something that’s on my mind.

Let’s get into it…

So, Publilius Syrus, a Latin Writer, wrote a quote that says “A good reputation is worth more than money” and I couldn’t agree more. After seeing a few more of his quotes on Google, I feel like he and I would have gotten along super well.

He also said: Anyone can hold the helm when the sea is calm. Another thing I really believe in… another article for another day I suppose. 🙂

Anyway, as I’ve transitioned from employee into leader over the past few years, I’ve realized the importance of reputation in a very real way. Of course, people get away with things every single day that help them win short-term, and sometimes long-term, by choosing the money.

Selling a service they don’t really believe in, or something that you know deep down doesn’t work.

Doing something that works short-term but doesn’t set somebody up for success in the long-term.

Pretending to be educated in a certain thing to get a sale, but not really having the proper education to make that informed pitch.

Selling a dream to people that doesn’t really exist.

It can be tempting to do the same thing when you see people (people who make these decisions) on Instagram driving new cars, moving into nice houses, and having big financial wins. However, 99.99999999% of the time, the right choice is reputation over wallet.

Even those 0.00000001% of times when you can get away with something that impacts your reputation negatively with somebody, it’s a little tougher to sleep at night.

Would you rather have a good night of sleep every night, or have a car with a certain logo on it?

Here are 5 reasons for choosing reputation over money, based on my own personal experiences with Brick Media in the past few years:

Reason 1: The world is transparent.

Everything we do in 2021 (and forever going forward) is on the record. The internet opened the world up. Whether it’s a social media post, a text message, an email, a proposal we send, a report we give to somebody… It’s all digital. It’s all there.

Choosing money over reputation in 2021 not only damages the way people view you… it’s now 100% on the record.

It’s easier than ever to leave a negative Google review (which you as the business owner can’t remove by the way). If your business has an average of 4.1 and a competitor has 5.0 stars, you have less of a chance of getting that click / phone call.

It’s easier than ever for people to call your business out on social media. If you treat people wrong and take their money without adding value to their life/business, you might hear it in the comments section, on Instagram Stories, and in posts. I may never order Subway again after reading this tuna scandal article – point proven.

In a transparent world, reputation should be your number one priority.

Reason 2: Lack of trust leads to less money with your existing customers.

What if we tell a client they should try radio ads (random example) because it’s a good profit margin for us as the middle-man, and it tanks and does terribly?

Do you really think that client is going to trust us a month later when we recommend something new? In many cases, you might survive and retain the business, but your reputation is tainted which will make people more hesitant to spend money with you.

Have you ever been to a restaurant and had one bad experience, then never went back? Once trust is broken once, it’s hard to get back.

Have you ever hired someone for a professional / business service, and they under-delivered on their sales pitch? That person will never get another dime out of you again.

When you have somebody spending their valuable time and money with YOUR company, it’s important to deliver on what you sold.

This one is pretty obvious, but soooo important. Nobody wants to be the person / company where “behind closed doors” everybody says, don’t work with him/her.

To me, that is the worst possible thing that could happen to Brick Media.

I’m petrified of any situation where somebody might tell somebody else, “yeah we worked with them and it was awful” – which is why I choose reputation always.

Your 5-star Google reviews or your beautiful website is NOT going to matter if Jim @ the Chamber of Commerce, or Sarah @ the local networking group, or your neighbor, or anybody tells somebody else they had a terrible experience with you.

Reason 4: When you turn money down, people respect it.

We turn clients down all the time.

“But Jake, take the money! Work with them for a few months and collect the $1,500 per month and who cares what happens after.”

^ I got that advice from somebody early into Brick Media’s existence and it couldn’t be further from what I believe in. It’s actually laughable.

Whether somebody spends $450 or $4,500 or $45,000 with Brick Media – they want that money to be put to good use. If I feel in the “discovery” phase that we can’t impact somebody’s business the way they are hoping, we simply move on and refer them to others in our network that we trust.

That goes a long way because I’m showing the person that I care more about their business succeeding and hitting their own goals > my own wallet. I have an email in my inbox right now (after we turned down a client)…

Check it out (the actual email):

“I appreciate your transparency, says a lot about a person/business these days. Definitely understand everything you mentioned. Just trying to get some direction and make sure I’m not wasting my time or money on things of no value. I never do anything with the intent of “well what if it doesn’t work” so trying to make sure I’m not doing that, though I’ll admit I do catch myself sometimes. Hardest part is getting started, that’s for sure! Thank you for the connections and hope to be chatting down the road!”

^ In this situation, I may not have won the business. However, I’ve gained a positive business relationship that may pay off down the road.

If we simply took the money and started working together, it would have eventually created tension, likely ended poorly, then he would have told his network Brick Media took his money and did nothing valuable with it… eliminating us from ever getting business from anyone he talks to.

Reason 5: There are too many alternatives these days.

In today’s world, starting your own business is easier and is considered cooler than it ever was. This means more competition for everybody.

I love competition and I love the fact that anybody can chase their dreams – but I am super aware that it makes it harder for me.

“Oh, Brick Media couldn’t do the job? I’ll call one of the 50 other marketing agencies in a 10 mile radius.”

If you run a law firm and treat somebody poorly, they’re going to find another law firm easily. If you sell chicken wings and somebody gets a weird bite or it comes out cooked poorly, they will find another wing place and start putting those dollars elsewhere. If you run an insurance agency and have one bad experience, there’s an insurance agency office on every other street of Tampa.

In a world of many alternatives, the ones who are truly the best, with the best reputations will win.

That’s it for now!

If you enjoyed this article, feel free to share the love by posting it on your feed, sending it to a friend, or simply letting us know you liked it! We love feedback.

😁 By the way: if you are in need an outsourced marketing agency, Tap Here to schedule a 15-minute introductory call, and we’ll get a proposal over to you soon! 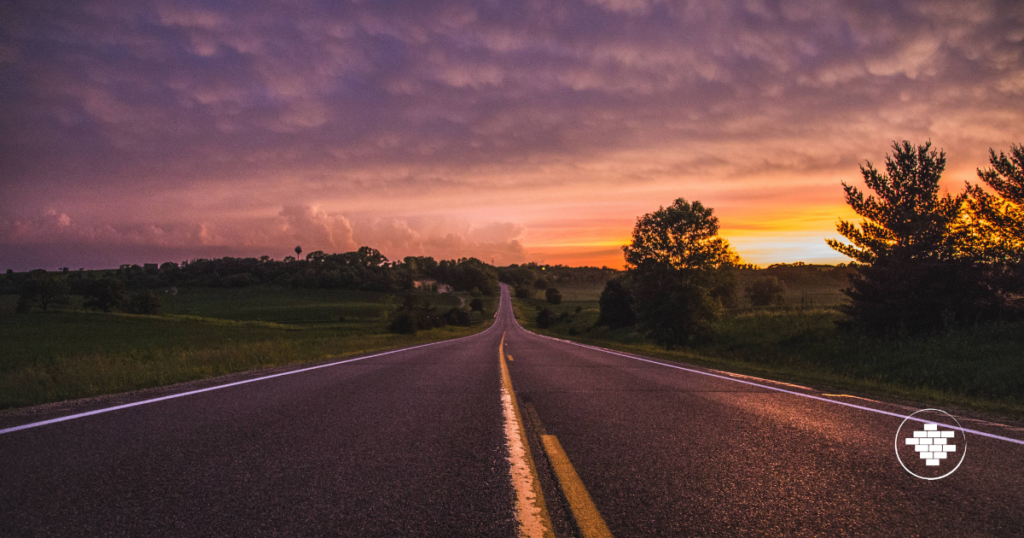 Navigating Life In Your 20s? Five Lessons From Experience